It has been described as the future of payments. The digital wallet (commonly known as the e-wallet) essentially lets users store all their cards, bank accounts and financial necessities in a virtual system.

How did e-wallet make its way into our lives?

How does it remain such a prominent part of the digitization and digital transformation happening in this era and what’s in store for its future?

What is a digital wallet? 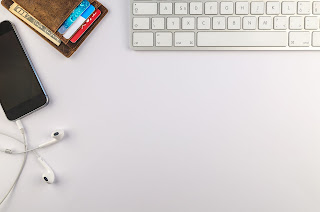 In a nutshell, the digital wallet works a lot like your physical wallet, only it’s an electronic version of the same concept. It lets people store their money and make payments all from the comfort of their homes (or wherever they are for that matter). It’s a virtual mobile bank at your fingertips. Digital wallets these days are also reinforced with security measures, so your financial information can be kept safe during transactions.

This remarkable innovation provides us with accessibility and convenience, offering loads of features all from our smartphones. There are various types of e-wallets available, each with their own unique sets of features.


For all the attention given to the digital wallet, its origins are pretty murky. The very first instance of an e-wallet can't exactly be pinned down. What’s known is that the idea had been in circulation since the late ‘90s, with discussions about a concept made up of virtual payment systems and capabilities for storing cash. However, very few people were using it at the time.

In fact, several companies and individuals tried to come up with early versions of the e-wallet but nothing much came out of it. Even eBay launched a series of early e-payment programs but these failed to take off due to poor publicity. Ultimately, the timing just wasn't right.

The first series of e-wallets that was developed was basically considered a failure and is now known as the first generation. The second-generation garnered a little more traction, with even MasterCard and Visa coming on board. However, there just wasn't enough focus on simplification and integration of solutions was practically nonexistent.


It took roughly two decades and a full technological revolution to turn things around. Now, e-wallets are back with a vengeance, incorporating full-fledged integration, solid security features and an extended range of potential applications.

The e-wallet as we know it today is a secure system that can store payment information from as many cards as you want and can remember passwords for exchanges from all the websites you engage with. Transactions are fluid and cryptocurrency can be used. Businesses can capitalize on new developments as finance and technology become increasingly intertwined by making a firm commitment to system modernization.

The current condition of the e-wallet

Person-to-person (P2P) payments use mobile applications to move funds from debit or credit card networks and other financial institutions. These can be used to conduct transactions. Person-to-Business (P2B) payments - use a list of systems to transfer payments between a user's mobile device and a business's account.

Banks are getting on board too, with initiatives like Zelle. This digital payments network is owned by some of the largest banks. Zelle lets users transfer funds directly into bank accounts. Private tech giants like Samsung, Apple and Google, are already paving the way with their very own digital wallets. These models let consumers interact with a massive list of merchants. Even retailers and consumer brands like Starbucks and Walmart are getting in on the action, with their wallets designed to cater to a smaller handful of merchants.

The future could lie in the Asian region

However, there is yet another region that's stepping up its digital payments game; Southeast Asia. When it comes to embracing the mobile economy, it has already outpaced China. This trend has been driven mostly by the rapid adoption of mobile wallets.

From FinTech firms and startups to banks, telecommunications companies and consumers themselves, there are so many players behind this growing movement. E-wallets are being equipped with so much more power than before, and other concepts like the robo-advisor, insurtech, microloans and digital remittance are all being integrated with the smartphone. Cross-border e-money usage can lure in adoption among travellers, provided the exchange rate is favourable and wallet size limit (the limit on the amount that can be deposited into an e-wallet) is set relatively higher (in the range of USD5,000).

Collaboration may be difficult to avoid

In order to truly witness a huge transition going forward (from cash usage to mobile payments), e-wallets should collaborate and form partnerships with the traditional banking infrastructure. Existing service providers aren't out of the game yet, and they bring the opportunity for e-wallets to extend their capabilities. Mobile wallet features could lean towards cross-border remittances and foreign exchange. A truly borderless payment shift could happen in the near future. However, these players should be willing to work together. One great example of collaboration can be found in the partnership between Valyou and Mutual Trust Bank (MTB).

This collaboration offers a first-of-its-kind wallet-to-wallet remittance integration that lets migrant workers in Malaysia transfer money directly to bKash accounts in Bangladesh through an innovative Valyou Mobile Wallet app. The true power of digital payments via e-wallets can be unleashed by enabling a society that’s highly connected. Simple transactions like buying a coffee should have sophisticated networks of service providers and optimized components working seamlessly and in an instantaneous fashion.

Even now, there are still plenty of questions about the digital wallet revolution that haven’t been answered as of yet. For instance, an aspect of digital payments and e-wallets that often gets overlooked can be found in the beneficiary side of things. Questions like; “what happens to the money in an e-wallet if a next-of-kin beneficiary is not nominated, or if they are unaware of the deceased’s e-wallet?”

There's no simple answer to questions like this, seeing that digital assets often come in a wide range of forms. With regards to cryptocurrencies like Bitcoin, beneficiary processes can be tricky upon death because cryptocurrencies are highly secure and encrypted by their nature. On the other hand, online bank accounts may be slightly easier to deal with depending on the service provider and the security measurements put in place.

This goes to show that as far as we’ve gotten with digital payments, there is still a lot of work to be done.