5 Simple Ways to Protect Yourself from Identity Theft

In today’s interconnected tech-driven industries, computer security has become a huge priority. It may have once been considered merely an afterthought for businesses and users but has quickly grown in prominence.

Malicious attacks can cause massive devastation, compromising important parts of how systems have been built to run. According to a report issued by Javelin Strategy and Research, 14.4 million people fell victim to identity fraud in 2018 alone!

If you haven’t experienced it for yourself, you might know someone who’s fallen victim to it. Even Jack Dorsey, co-founder and CEO of Twitter, was not exempted from such a risk, with hackers using a SIM-swap technique to infiltrate his phone. Cybercriminals have targeted personal bank accounts, as well as company databases. It’s time that you try and stop yourself from becoming a victim of identity theft. Here are a few simple steps you can take in order to stay protected.


If you’re accessing a public computer, don’t shop online or fill in details containing sensitive information. This goes for devices with unsecured Wi-Fi too. Hackers may be lurking just beneath the surface, between the user and the unstable internet connection. Passwords, credit card information and sensitive identifiers can be stolen from a user as the data gets sent out. 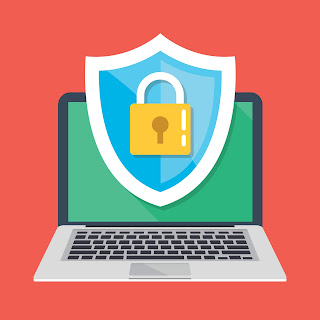 If you are using your home or office machine, consistently update your security software. Firewalls and antivirus systems make up the first line of defence when it comes to digital crime. If you are surfing online or if you’re an avid online shopper, only visit reputable retail sites. Phishers and identity thieves often set up fake sites that prompt you to key in your personal details. Sometimes, these sites can even resemble real and reputable sites. Check that the “https” line is included before the URL (just in case). Also, be careful when downloading apps and files. Check that they’re from reputable sources because hackers might rig them with malware that infects your device and let them gain access to it.

Read more »
Posted by Elvi Suraya at 3:50 PM No comments: