7 Digital Transformation Trends that could Catch Fire in 2020

In an increasingly technology-driven world, digital transformation is likely to become even more commonplace. Repetitive terms like edge computing, cloud, augmented reality and IoT are probably here to stay, but these developments could merge with even more prominent aspects of the business landscape.

Several core technological services appear set to dominate future discussions, making an impact on the fundamentals as we continue this journey of digital transformation. The modernization of legacy systems and even more digitization across the board appear set to take centre stage this year.

Here are a few digital transformation trends that could take off substantially in 2020. 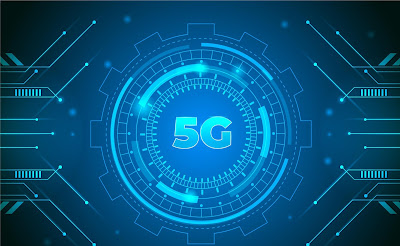 5G has been a long time coming, and many consider this is the year of 5G. Telecommunications giants such as Verizon, Nokia, Ericsson, Huawei, AT&T and Qualcomm are working diligently to try and make sure global 5G deployments stay on track. Meanwhile, handset manufacturers are already releasing 5G phones. Malaysia has also witnessed the launch of the 5G Demonstration Project (5GDP) in Langkawi on 19th Jan 2020.

Aside from faster broadband (5G could be up to 100X faster than 4G at its theoretical top-speed) and stronger mobile networks, the proliferation of 5G also includes accelerated advancements in smart systems. Vehicles, manufacturing industries, cities and industrial operations could become highly IoT-intensive and connected. 5G is paving the way for true digital transformation (the likes of which we are likely to have never witnessed before).

Despite concerns around the possible environmental consequences of deploying 5G, industry leaders and corporations seem persistent about making 5G more widely available. In August 2019, data showed that only four months after local carriers commercially launched the technology, the number of 5G subscribers in South Korea hit the 2 million mark.

If you haven’t noticed, the adoption of AI has gained considerable traction recently and the mainstream media has homed in on its potentially transformative capabilities. AI is already around us, in many products that we use. Innov8tif is using image processing and deep learning techniques to automate cognitive intelligence in identity verification. Business decision making can also be assisted with smart data-driven suggestions or predictive analytics, as part of an automated workflow, realizing the future of “AI as co-worker”.

Presently, RPA is one of the major innovations that can be found out there. RPA uses bots to execute small, repetitive tasks and transactions with more precision and significantly fewer errors compared to their human counterparts.

Tremendous improvements to efficiency and workflow have been made as a by-product of using RPA.

It is estimated up to 40% of enterprises are keen on adopting some form of RPA in response to increasing automation to try to keep ahead of the competition.

With the signing of Memorandum of Understanding (“MoU”), both parties agreed to establish and enhance the collaboration to work together to achieve mutual sharing of digital expertise and innovation; in which Innov8tif’s solutions will be integrated to Securemetric’s Centagate Cloud and Signing Cloud to enable electronic know-your-customer (“e-KYC”) and workflow digitisation capabilities. At the same time, Innov8tif will enable the support of strong authentication through Securemetric’s Centagate Cloud for their application access control and offer it as an optional feature to their customers. 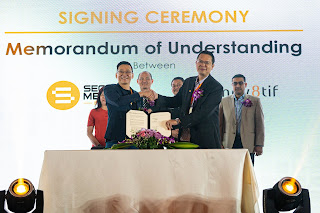 George Lee said “The MoU is a strategic alliance – we hope this collaboration can enhance and strengthen our working relationship with the pioneer in information security technology industry. There are vast amounts of collaboration and advanced technology transfer possibilities between the two companies. We are delighted for this partnership and look forward to the prospect of further developing our partnership in the future”.

Read more »
Posted by Elvi Suraya at 4:54 PM No comments: