Robotics and Cognitive: How are They Applied in Business Process Automation?

If your job involves looking into digitization opportunities and automation of business processes, it’s not far reaching for you to come across awareness for robotic process automation (RPA) and cognitive automation. RPA is not new; it has been around for many years in the form of screen scraping technology and macro. 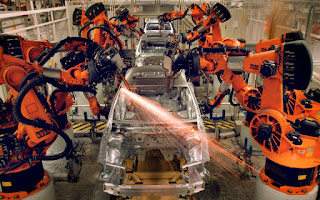 Look at the robotic arms in assembly lines, such as automotive industry. A robot doesn’t have to “think”, but to repeatedly perform the programmed mechanical tasks. It repeats what have been programmed into it.

Similarly, in the software context, RPA is about mimicking human actions in an automated process.

Examples:
Read more »
Posted by Tiensoon at 5:09 PM No comments: