What to Look Out for When Evaluating Low-Code Development Platform?

As described on Wikipedia:


Low-code development platforms (LCDPs) allow the creation of application software through graphical user interfaces and configuration instead of traditional procedural computer programming. The platforms may focus on design and development of databases, business processes, or user interfaces such as web applications. Such platforms may produce entirely operational applications, or require or allow minimal coding to extend the applications functionality or for uncommon situations. Low-code development platforms reduce the amount of traditional hand-coding, enabling accelerated delivery of business applications. A common benefit is that a wider-range of people can contribute to the application’s development, not only those with more formal programming experience. LCDPs also lower the initial cost of setup, training, and deployment. 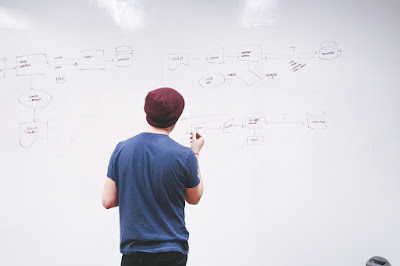 Why is There a Shift from Traditional Coding to Low-Code?

1. Difficult to meet desired timeline complementing go-to-market strategy:
Every business unit is crafting its digitization needs and roadmap, yet, time is a fixed constraint. It is challenging to have speedy go-to-market products with traditional coding. Proof-of-concept (POC) with minimal viable product (MVP) is often taking more time than justifiable.

2. Lack of agility:
Change is inevitable in business, so embrace it. The lack of configuration tools for form and process flow changes is making it challenging for programmers to adapt with business rule changes, as it often leads to longer development time and to some extends, unmanaged scope-creep.

3. High long term maintenance costs:
Compared with changes through configuration, an application system developed from coding with programming languages and frameworks will require development continuity and support by qualified and experienced full-stack software engineers. Knowledge and technology transfer from application creator to another person will also require prerequisites for extensive programming competency. Thus, the long-term maintenance cost of such application system also includes the costs associated with talent retention. Otherwise, when maintainability falls-out, the application system eventually suffers along with higher technical debts.

4. Poor quality:
When every feature is developed from coding, a commonly used user interface component such as pagination table with search filters could also present programmatic bug.

How to Compare Low-Code Development Platform?


Implementing a software isn’t difficult; often, it is only the beginning. Maintaining and sustaining it is the tricky question.

We have published an evaluation checklist that covers the following aspects: